The SXV-AO-USB is the 3rd generation of Active Optics from Starlight Xpress. The original design has been further developed for use with larger imaging sensors and with USB connectivity, future proofing the design further.

The patented principle uses the refractive index of the optical window to move the incoming light path from the telescope on to the main imaging sensor. When combined with a sensitive guide camera, like the Lodestar PRO, you have a high performance tracking system that is far superior compared to autoguiding on its own. Mount correction is also included so the system is self contained and can run all night, even if there is drift due to poor alignment on the mount.

The optical corrections are controlled by 4 stepper motors, so the small amount of movement, combined with the lightweight mass of the optical window, allows the corrections to be implemented very quickly and much more accurately than the mount drive system is capable of achieving.

Ideally suited to longer focal lengths optical systems, the benefits of the Active Optics on the final image can also be seen with shorter focal length systems on less accurate mounts.

This combination uses ideally suited to using the LodestarPRO or Ultrastar PRO to view the edge of the telescope field via a 10mm square prism and provides accurate positional feedback to the control software. Unlike cameras with an integrated guider chip, the OAG puts the guide camera ahead of any filters that the user fits into the camera ring recess and so its sensitivity is always at maximum. The guide camera mounting is designed to be parfocal with a SX camera when used in this combination – fine focus adjustment is provided by moving the threaded guider mount along the prism tube. If you do not need the OAG barrel (e.g. when using a filter wheel such as the MIDI or MAXI filter wheel by SX which has a built in OAG or a camera with a built-in OAG or guide chip), you can fit the 72mm or T adaptor directly onto the rear of the AO assembly.

Some examples of the AO in use.

No processing was applied, other than cropping, so that the images are essentially ‘raw’. The mount used was a Celestron CI700 with a C11 SCT at F10 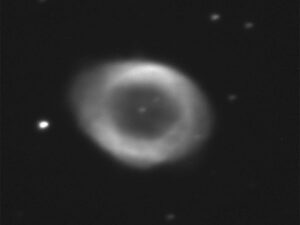 A 2x enlarged clip from an SXV-H9 image. Ten minutes with a C11 at F10 using mount guiding only. 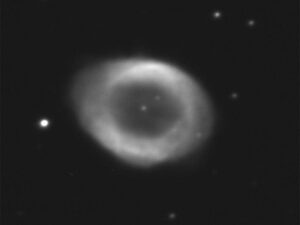 Another clip taken a few minutes later with the AO switched on and operating at 3 updates per second.

Here are some ‘extreme’ images from an Ultima 2000 on a fork mount with poor polar alignment and rapid gear errors. The camera was an SXV-M8C and the images have been resampled to 50% of full size for display. 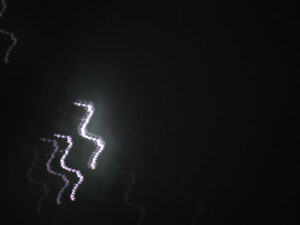 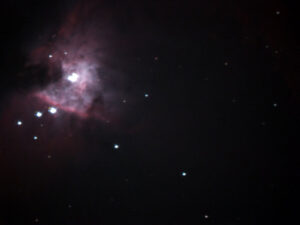 WARNING – this version of the update is applicable to ONLY older versions of the AO unit (pre-USB input). DO NOT load the update into a USB version or it will become unusable!! The warning in PHD2 should be ignored.

If you have a new USB AO unit that needs programming, please download the current USB AO utility and firmware version version 201.